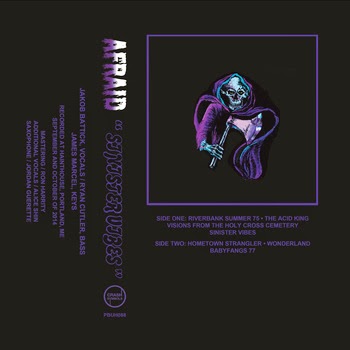 Portland's residential dark synth wavers are also back with another super original album that is appropriately named Sinister Vibes. Once described as electronic music from inside a deep dark well, Afraid have climbed their way out onto land and right into your backyard. They aren't just huddled behind the bushes either, they are right out in the open ready to strike you with their soulful ax. Don't bother calling the cops or running away... Afraid's Sinister Vibes will be both heard and felt.

Sinister Vibes is out now on a very hip (from the sound of it) label, Crash Symbol. I would definitely recommend grabbing the tape from those guys and going to see them before they get too hip and move across the state or something. For Portland folks they are playing tonight at Poland Street and tomorrow they are playing in Bangor at COESPACE on Columbia Street. Get Afraid!


Facebook
Bandcamp
Last.fm
Posted by Newkeith at 5:27 PM No comments: 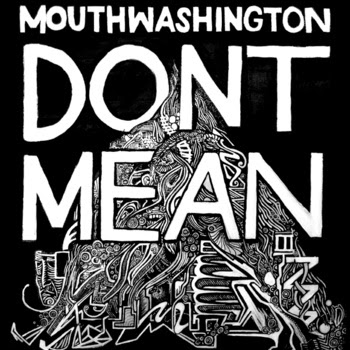 It's been some time since we last heard from the Hansen brothers and company, but Mouth Washington of Portland, Maine are not only still slamming on guitars and hacking on dusty drum kits, they are probably at their best right now with the release or their new album, Don't Mean.

Mouth Washington's blistering garage rock meets punk storytelling has matured since breaking out on the scene, but in no way has this maturing caused them to lose any of that baby-fat which made them who they are. Nope, Mouth Washington are still messy, still rough around the edges, and, most importantly, still shouting for your attention! So listen:

Damn, it seems just like yesterday I was seeing these guys play at the Apohadion Theater on my birthday in 2010.

Facebook
Bandcamp
Last.fm
Posted by Newkeith at 9:03 AM No comments: 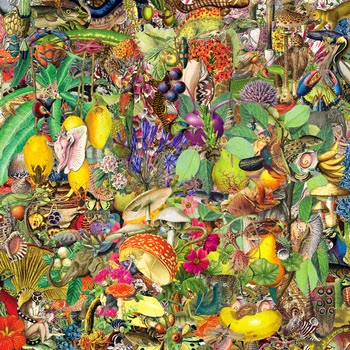 Destination Qualité is the newest trip from the premiere French math rockers, Pneu. Still just two dudes, Pneu take on math rock in 2015 with high-octane energy and unmerciful noise. The result not only makes you dizzy but also pumps you up all at once. If you have not checked out Pneu yet and are a fan of math rock, you must listen to this right now! It's differently the bands most polished but still intriguing release to date.


Bandcamp
Last.fm
Posted by Newkeith at 11:16 AM No comments:

Leveret - Action At A Distance 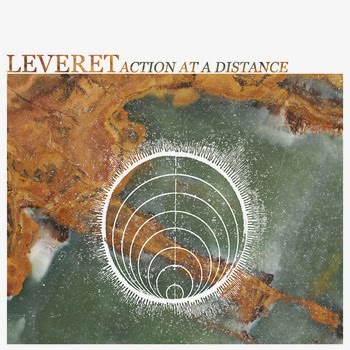 What once was a bedroom project for a young Mainer has once again evolved into something extraordinary. With the first official show down and Action At A Distance recordings finally at my ears I never thought I would be trading my Leveret dancing shoes in for Leveret neckbraces, but with the new jam-heavy initiative apparent on this new record, things are really starting to heat up!

Action At A Distance is a 10 track mix bag of electronic and sensual pop/rock party music. With the addition of Penn and Cormac on this release, experimentation is a bit more prominent than the last album, Infinity which was played out like Jesse Gertz's early works of a one-man electronic act's swan song. Now with the full-band in full-force, there are a lot more to be done and heard. The electronic and seductive feel is still there as always but there are a lot of new sounds that I have never heard from Leveret before thanks to four more hands holding more guitars and effects. There are also a lot more influences that shine through that previously could not be accomplished by Jesse alone.

With the addition of a full band listeners' are always bound to come across things they wish sounded a bit more stripped down or less polished. With Action At A Distance though, the use of rock and roll instrumentation as opposed to the keyboard and bass of the past makes these songs feel a lot fuller. A recommendation I always gave Leveret was to play louder! Now with the extensive use of electric guitar I think they have found just the right volume for their party-pleasing jams.

The album does a really good job of displaying the talents of all its musicians. With "Grandfathers Axe" we hear more of what Cormac can bring to the table (and pedal board) not just by his use of the guitar but also with his vocals - something previously never showcased before other than for backing vocals during live performances. Cormac can bust out some very sleek and seductive vocals that are perfect for the more intimate moments of the Leveret experience. At A Distance also does a great job of showcasing Jesse Gertz's vocals on "Oscillator" and and the electronic epic closer "Ghost". Jesse's vocals are clear yet laid-back, something I think Jesse has improved incredibly on and I think his vocal performances here are some of his best yet.

The only negative comment I have with At A Distance is also one of the best things about the album and that's that there is too much going on. During Leveret's record release show at the Space Gallery in Portland I was hearing a lot of comparisons being thrown around as to what the new album sounds like; I heard Party music, I heard electronic, I heard indie pop, I even heard Queens of the Stone Age-core. While there's nothing wrong with comparisons or sounding like all sorts of different things, I think that by delivering so many different sounds track after track, listeners are left really not knowing exactly what it is the band is going for.

Then again, all the sounds Leveret are delivering here on At A Distance are really well done and at least are not anything generic. It probably doesn't help matters much either now that there is also another band going by Leveret that play folk music from the UK... but this right here is the only Leveret worth figuring out!

Now check it out for yourself!

Posted by Newkeith at 3:13 PM No comments: