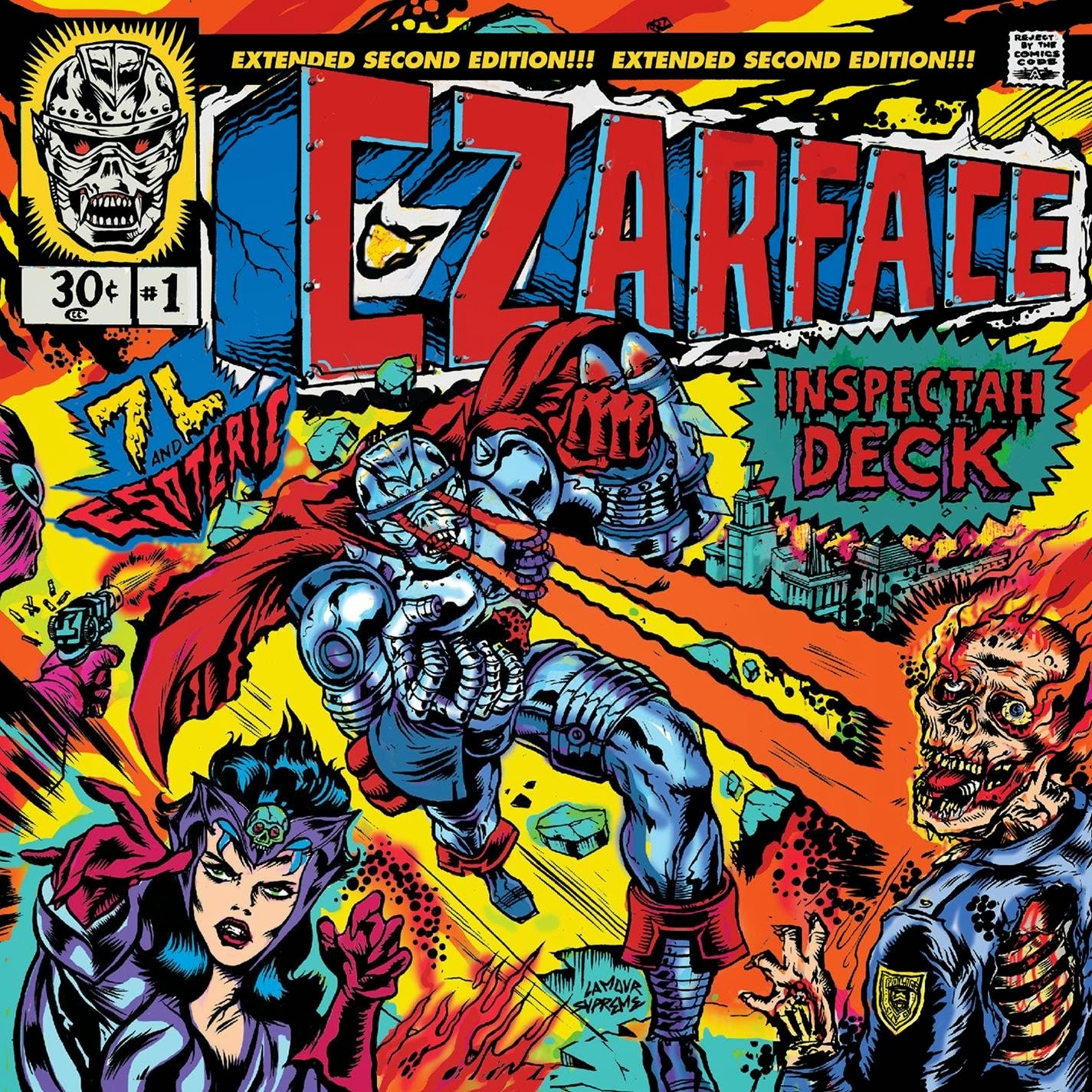 Czarface is literally (yes, literally) everything I look for in a hip-hop album - from sweet 90's beats, Wu-Tang Clan, comic book themes, and, of course, pro wrestling references AND samples. This bad boy featuring the duo of 7L & Esoteric and Inspectah Deck from Wu-Tang fame has all that good stuff I mentioned above and more. Plus, I'm not just taking about one song here: this album is a beginning-to-end banger stuffed with only the coolest things you can find in hip-hop without being nerd rap. Well, without being tacky nerd rap.

Never in my wildest dreams would I have imagined a song of any kind would include a sample of the National Wrestling Alliance's first and only 80's tag team from 2002, The New Breed and their long since forgotten Transformers inspired promo. Alas it exists and therefore has to be one of my favorite things ever put in a song. The song is called "Czar Refeali" featuring Oh No of Gangrene and is only one of many more action packed numbers.

If I did have to pick just one song off of Czarface to draw someone in though, it would certainly be "Savagley Attacked" featuring the one and only, Ghostface Killah. If this song does not hook you in, I don't think we can be friends. I'll still talk to you, I guess, but we won't be hanging out or getting ice cream together any time soon. Check this out:


Other guests in this comic book on HGH include: Roc Marciano, Cappadonna & Vinnie Paz, Mr. MFN EXquire, and Action Bronson as well as sample appearances by Iron Man, Batman, Sam and Vincent from Ronin, George Carlin, Vince McMahon, Tony Schiavone, The Road Warriors, and many more.

Posted by Newkeith at 4:14 PM No comments: 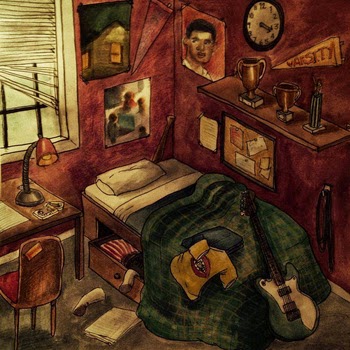 I Guess This Is Growing Up is only part 1 of a 3-part project dedicated to bands covering the most pop punk bands of ever, Blink 182. The project includes some familiar names like Slingshot Dakota, Invalids, and Dads as well as some unfamiliar names in Tir Asleen, Lions, and We'll Die Smiling. Wanna know the covers?

Wanna know who covers which? Here's one:

Props to Enjoyment Records for putting this out.
Posted by Newkeith at 1:51 PM No comments: 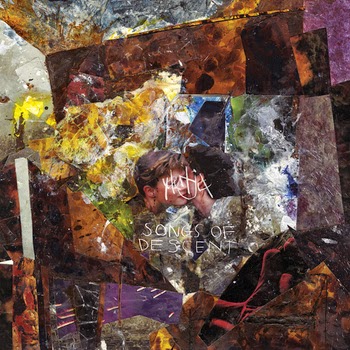 From NFT's Song and Match of the Day:

Yautji are a mix of all sorts of pissed off sludgy hardcore and metal noise all tangled up in a big sharp clump and ready for you to step on it late at night as you quietly-as-possible walk to the bathroom. Your foot will bleed and you will be shouting, waking your girlfriend up and her drunk roommate. In this short yet excruciatingly painful moment you will confess your hatred for your shitty job and your mundane life. The next day you will buy a motorcycle and drive it far, far away. Eventually, you will ride it into the sun and mesh your skin and bones with the motorcycle's shiny metal and leather, becoming apart of it as much as it will be apart of you and you will ride the solar system from there on out as a mecha-humanoid motorcycle bounty hunter.

Highlights: "Denihilist", "Tar and Blindness", "Faith Resigned", "A Crawl", and "Of Decent". 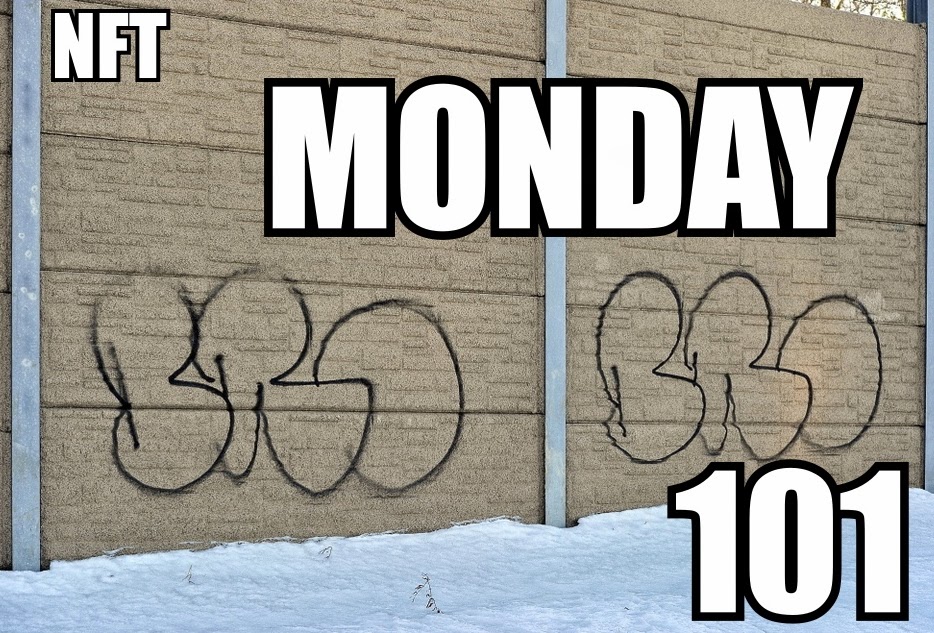 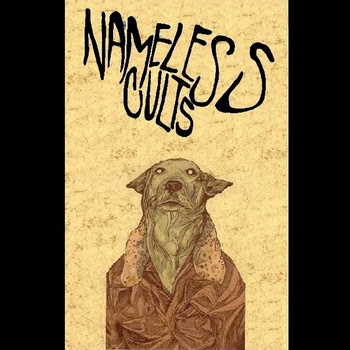 Nameless Cults are a messy hardcore band from Nashville. 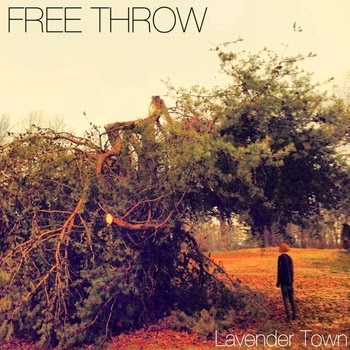 When an album starts with an emotional Jason Segel as Eric from Undeclared sample, you know that you at least have to give this a try. It's definitely something you'll regret that you never put on a mixtape for your ex-girlfriend in high school.

This is Free Throw's second release, entitled, Lavender Town, yes just like that town in Pokemon Red that drove you into a deep depression as a child. The album's pretty much right where their self titled left off except instead of Boy Meets World samples we get Undeclared samples. That being said, this is a hell of a growing up album by a growing up band. You might think you are done growing up, but that's not the case... no one ever grows up.

Free Throw recently signed to Count Your Lucky Stars and Lavender Town is now physically available for pre-order with some new artwork and either choice of black or piss yellow vinyl. Check it out!

Now for some math... 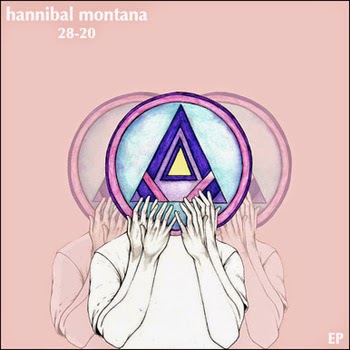 Hannibal Montana are a cleverly named instrumental math rock band from New York. Off the ways, dim-lit room filling the atmosphere with spiraling guitars, and structure kicked out the door is the best way I can describe the sounds Hannibal Montana make. Very reminiscent of Zefs Chasing Cara, Battles, Time Columns, Antarctic, and The Bulletproof Tiger.


Slint are back if you may or may not have heard and they return baring gifts as the new documentary about how awesome they are was made in their honor of awesomeness. If are around the Portland, Maine area tonight at 7:30, you should definitely stop by the Space Gallery on Congress Street and check out the documentary followed by a Q & A with the filmmaker, Lance Bangs. I was pretty bummed that I couldn't make it to this event, until Slint also announced a reunion tour starting the day I get out from finals. It's not too often that I get to leave Maine for a sweet show, but that's what is happening May 29th when I go down to Boston to these guys play the awesomeness out of their instruments live and in concert.
Posted by Newkeith at 12:06 PM No comments: 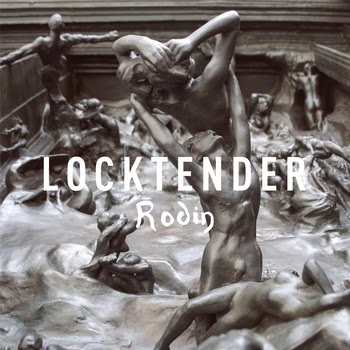 The screamo meets post rock meets art outfit from Cleveland are back with a new album out called Rodin. Like Locktender's previous release, Kafka, this is somewhat of a concept album - this time about the works of Auguste Rodin, a French sculptor best known for "The Thinker, "The Age of Bronze", "The Burghers of Calais", and probably that nude sculpture from the art museum that made you feel weird things when you were a kid.

So, what do songs about sculptures sound like? Well, in a way, they sound like the history behind these large scale figures. For instance, the opening track, "The Burghers of Calais" depicts the scene of six persons of the town of Calais, France stepping up to King Edward III with nooses around their necks to be sacrificed so the rest of the town could live. The track is a lengthy one that echoes the Hundred Year's War in a way. "The Thinker" as a song is filled with a feeling of sorrow and pain delivered by always powerful Locktender vocals.

The second track is about Rodin's most famous piece, The Thinker. The Thinker is a sculpture of a man, well, thinking. He's seated with his chin resting on his arm as if deep in thought. The Thinker was originally apart of the Gates of Hell, a detailed group piece that was based on Dante's Inferno. Locktender take this piece and turn it into a gripping emotional hardcore track that deals with "a modern world built on a tired titans back".


Who knew sculptures could sound so cool?

Locktender are a band that do not settle with one genre and call it a day. Their work is always different depending on the subject material. Take a listen to the third track about the "Eternal Springtime" sculpture and you will see how much range these folks have. Locktender aren't just another band playing loud music, they do their homework (lame, right), but in the end it comes off so much more like an experience than just one sided music. One sided music not about sculptures.


Official Site
Bandcamp
Last.fm
Posted by Newkeith at 11:22 AM No comments: 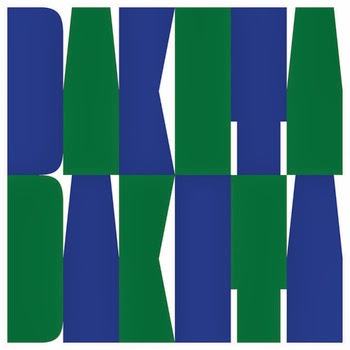 Believe it or not before there was Russian Circles, there was this band. At first listen one would think these guys would be a Don Caballero project, especially from looking at the obscure song titles, but as it turns out this was the math rock band that Mike Sullivan and Colin DeKuiper of RC were in before taking on a somewhat different and much more metal whack at instrumental music. This is Dakota/Dakota.

Before disbanding in 2004, Dakota/Dakota had released their debut album, Shoot In The Dark out into the underground music world. The album is very reminiscent of Caballero, Piglet, Cinemechanica, and Volta Do Mar music of the early 00's, but without ever sounding too much like a clone of any of those bands in particular. From what it seems, Dakota/Dakota were just playing around with instruments and making them do some pretty off-tempo and cool sounding nonsense and eventually one day someone said, "the hell with this, let's stop fucking with the melody". Thus, Russian Circles was born. I can't say I blame them if any bit of this is true or if I'm completely off, but these folks from Chicago (not Dakota) could produce quite a melody before turning the corner and going off in the opposite direction again.

Along with Shoot In The Dark, Dakota/Dakota released a 7" of the first song on SITD with two b-sides, some loose tracks from a Redline Distribution Sampler in '04, and a split with Riddle in Steel (which was the band Dave Turncrantz drummed for before Russina Circles). All of the material that Dakota/Dakota have since been put on this album, Shoot In The Dark + and even includes a never before released D/D track.

Posted by Newkeith at 2:19 PM No comments: 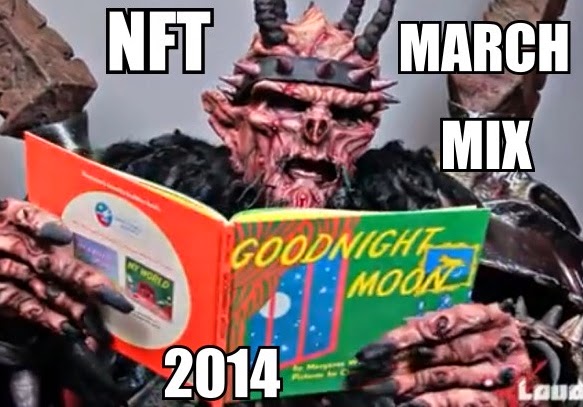 Never thought I would ever make a mix with Cee-Lo Green in it, yet here we are in 2014 with a Nostalgia For Tomorrow mix about Cee-Lo Green. 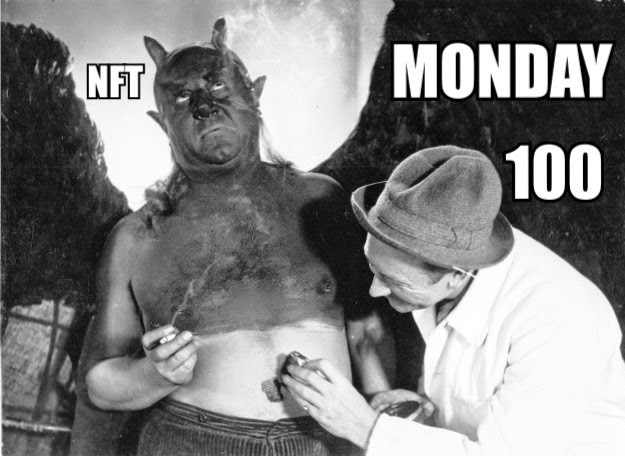 (Posted on Wednesday because I couldn't think of a good April Fools joke.) 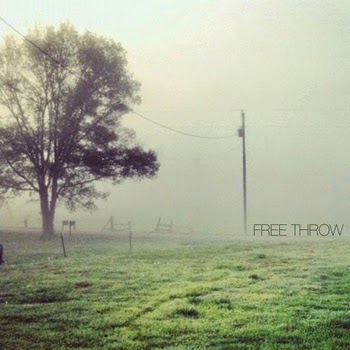 Free Throw are some bros playing emotional punk music from Nashville. Clearly they like 90's stuff, Pokemon, hanging out, drinking beer, and hats.


Sounds good to me. 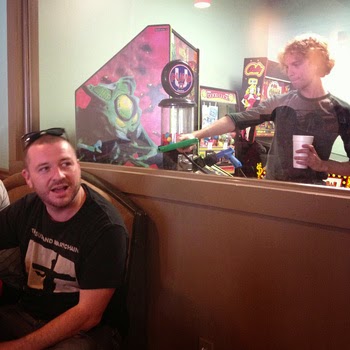 A little something-something from the Quad-City screamers, Ice Hockey. Put it on during your favorite NHL team sporting event for full effect. 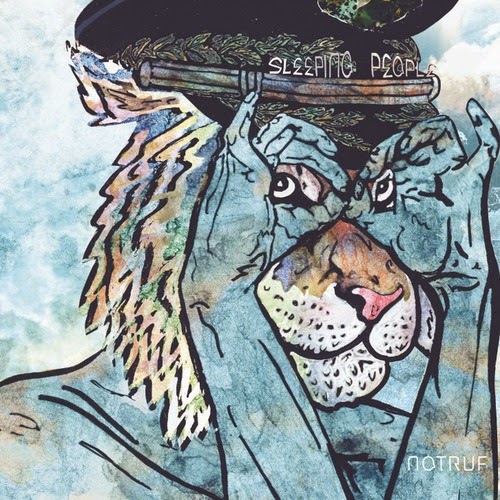 Another complete miss from last year, this is Sleeping People's two-song 12incher, NOTRUF. Sleeping People were one of the first instrumental math rock bands I ever discovered and therefore will forever be in my books as one of the best in the math rock game. While this is only a little taste of what Sleeping People from San Diego have to offer, I think NOTRUF provides the perfect opportunity to get into these guys.


Last.fm
Posted by Newkeith at 3:36 PM No comments: