Well, my summer is officially over and I'm headed off to school to do adult stuff and whatnot. Before I head up for a week of isolation (and maybe more/hopefully not more) though, I would like to leave you with this special little treat. It's the 90's masterpiece, The Adventures of Pete & Pete and the ultimate episode for summer's demise entitled, "What We Did on Our Summer Vacation". Because, in life, all you really need is... a Blue Tornado bar.


From a man with an ice cream swirl on his head.

Hope everyone is still having a safe good whatever kind of summer... just because you're going back to school or whatever doesn't mean it's over seasonally. Remember that.

...and Nostalgia For Tomorrow will be back in no time. You have my word.

Posted by Newkeith at 6:22 AM No comments:

Email ThisBlogThis!Share to TwitterShare to FacebookShare to Pinterest
Labels: 90's, other 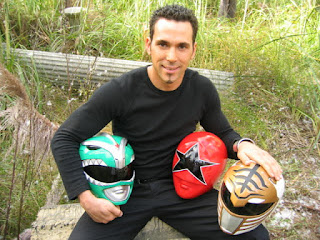 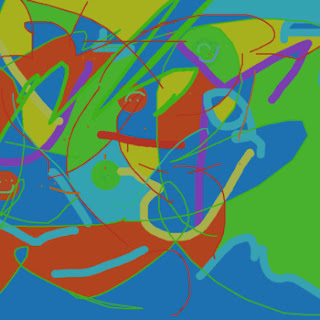 Tiger Voltage is an experimental act from Bangor, Maine. From the little research I have done around them, it seems this may be a solo effort by local musician, Nick Huskins. The music on 'Mobius' Strip of Gum' is mostly guitar driven and built up by using rhythmic repetition and eventually drums that come in around the 3rd or 4th track. Things soon start to pick up by the 7th track, entitled "DeltizNum" and ends with an improvised jam featuring an electric keyboard/synth type noise maker just because. All the tracks and 'jams' are instrumental and under 3 minutes with the exception of the last song, "Jamz with  XEXEXEE" which is the just under 6 minute messing around closer.

I'm actually going to be living near Bangor for a bit soon and while I won't be around the artsy music scene I am around now, I still hope to be introduced to and find some sweet local acts during my time away from home. 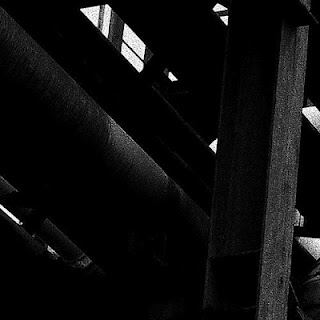 Speaking of messing around music-wise, experimental post-jazz-rock outfit, Mouse On The Keys of Tokyo, Japan released a new EP this summer called, 'Machinic Phylum'. As an already big listener of this band, I've been trying not to forget it came out while also waiting patiently for it to make its way onto Spotify - were I finally found it today and previewed it before perusing a DL for it. I also found out today that this EP actually has four tracks on it but sites like Spotify and other streaming devices (or iTunes which I do not wish to advertise), only have the first three tracks with the fourth track, "Memory", no where to be found. I'm not sure if the link above has the fourth track as I haven't DL'd it yet and the link is not mine. If it's not there though, it is on Youtube...

Oh yeah, I almost forgot to mention that this totally kills! The third track, "Clinamen" is probably the best song MOTK have released so far! If you are a fan of jazz, post rock, math rock, technical music, or music theory at all; you will surely enjoy this EP and Mouse On The Keys! 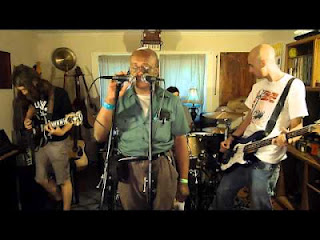 In other news, David Liebe Hart of Tim & Eric fame is semi on tour with his (punk rock) band that got started through the help of his fans via his Kickstarter! This is a live set from a Denton, Texas music session called, Violitionist Session where they ask the visiting band or act three questions and play three songs. This is also the first recorded material that I know of by the band and is very well suited with an extended explanation of each song beforehand by David Liebe Hart himself. Grab up all three of the tracks for free on Violitionist Session and be sure to check out other bands' sessions from this site as well as this new punk band that may be storming their way through a town near you!

On a sadder note though, this may be the last Monday post for a while as I have to go on a short hiatus due to school and dumb stuff like that. But hey, That's life.
Posted by Newkeith at 7:48 PM No comments:

Oh yeah, for sure. 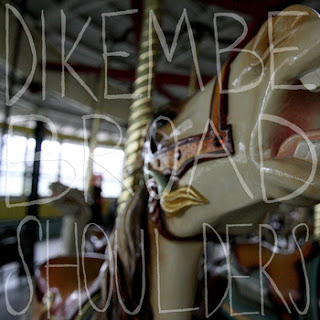 New Dikembe is not to be eff'd with. Just really good and honest stuff! 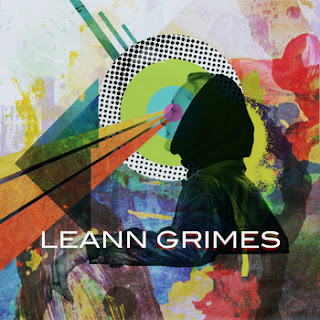 LEANN GRIMES A.K.A. Shane Conerty is back with an all new stack of indie rock jams that have been chopped up and turned into something super catchy and actually fun to listen to again. And while I wasn't all that excited when I saw what was on the cutting room floor for original tracks, I was once again impressed by the way they have been re-arranged in bumpy, sample-happy GRIMES fashion! Notable acts like Beirut, Man Man, St. Vincent, and Destroyer all get the treatment along with many other bands I don't normally listen to or have heard of yet, which is really Conerty's whole point of this project; to get people interested in these bands and support them. I on the other hand, would rather just support him. Keep doing what you're doing, Shane Conerty! 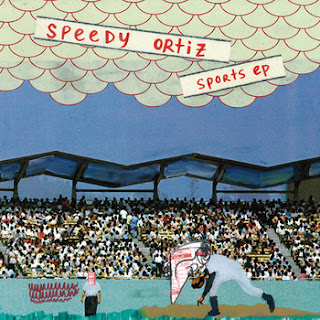 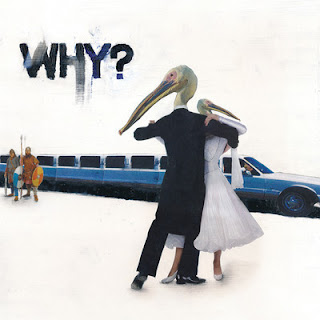 Oh, and speaking of new.... Yoni & the gang have a new EP out called, Sod in the Seeds. It's free here but probably only for a limited time so grab it while it's still there! If you like earlier Why? stuff and not so much the last record, Eskimo Snow, I really think you should check it out! Quick! GOOOOOOOO!

Last.fm
Posted by Newkeith at 2:44 PM No comments:

I know I'm just regurgitating Facebook/social networking nonsense but I couldn't help but post this awesomely related picture from Giraffes? Giraffes! and their new T-shirts! It's related because it's the last night of Olympic coverage and also because I said so. That is all. 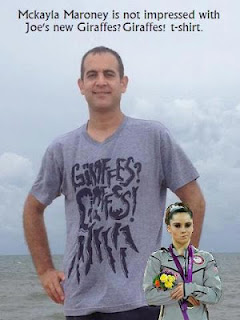 Nostalgia For Tomorrow approves...
Posted by Newkeith at 5:43 PM No comments:

Email ThisBlogThis!Share to TwitterShare to FacebookShare to Pinterest
Labels: Giraffes? Giraffes, not music, other 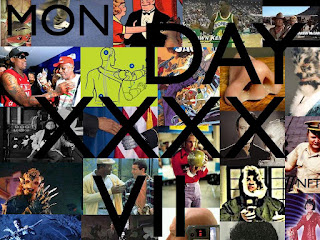 It's a Christmas miracle! 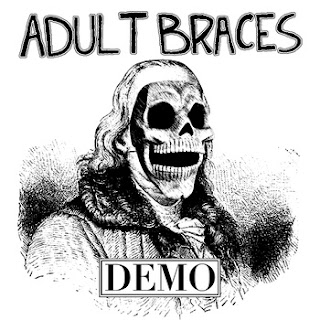 Adult Braces is Pat Graham from the Blink 182 for white people pop punk outfit, Spraynard. Adult Braces is also essentially Spray (that's short for Spraynard) all stripped down and personal-like, which is super cool as I've become quite a fan of Graham's band lately and hearing this 'acoustic spin on things' is really nice. There's also a shout out to The Adventures of Pete & Pete in the second track, "Younger Games" which is really really nice (out of context, of course - listen and you'll know what I mean). 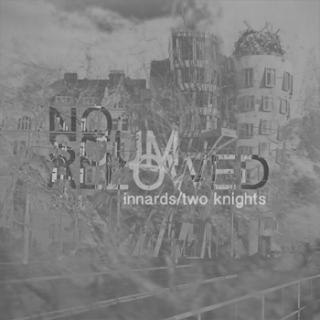 Usually I like to save any good splits I find, which is not often enough these days, and place them in a big split post were they can sit next to a bunch of other splits and look pretty. Well, to be honest, I have this terrible feeling that I'm going to leave this one out. So I've decided to put it here instead as it is on my mind and won't go unnoticed.

These two bands, despite sharing the same record, are quite different I might add. While innards take on  the screamo and noise sound of things, Two Knights tackle the twinkly, obscure vocals side, and damn do they do a good job of it. Two Knights are just one of those bands that make sounding absolutely annoying and inaudible, well... super audible and catchy as shit. A very nice example of a two different tastes yet totally works kind of split we have right here.

It looks like this split might also be called, 'No Scum Allowed' from what I make out on the album art right there, but I'm not sure. Just thought I'd point that out... Not to insult your intelligence or eyesight or anything. 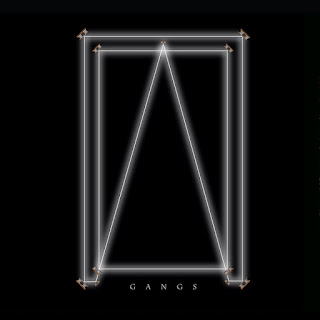 I can't remember if I just put this album off by the Irish experimental post rock/math rockers, And So I Watch You From Afar last year or slept on it, and yes, I literally mean I slept through it. Not because it is boring or anything, it is far from it, it is just that most post rock albums I put on, I put on right as I'm going to bed. If I had slept through the album rather than listening to it a year later, I pretty much screwed myself over. The Irish know how to make some pretty interesting and technical instrumental music (e.g. Enemies, Adebisi Shank, Wiltz) and native's ASIWYFA gave it their all last year to prove they are one of the top players. The results came in and they ended up  creating a very exciting, original sounding record that is much more math rock than it is sleeper post rock. So yeah, don't sleep on this album.

Bandcamp
Last.fm
Posted by Newkeith at 7:22 PM No comments: