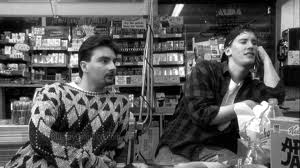 I'm not even supposed to be here today. 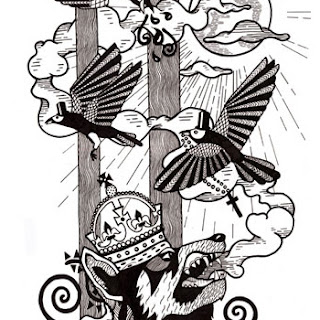 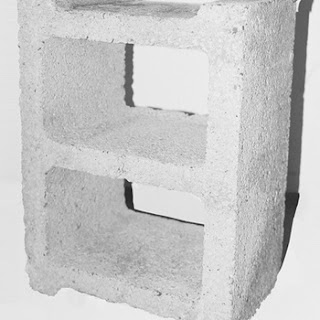 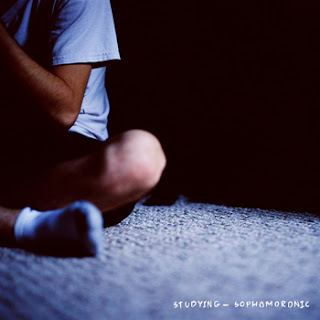 Studying has a new album called 'Sophomoronic' (since it's their sophomore effort). Duh.

I like to listen these guys while I study. But unfortunately, I don't study a lot...

I should actually be studying right now, but...

Posted by Newkeith at 7:27 PM No comments: 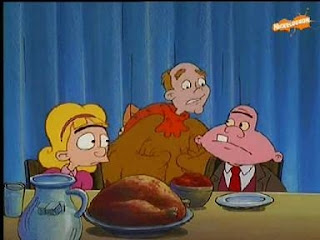 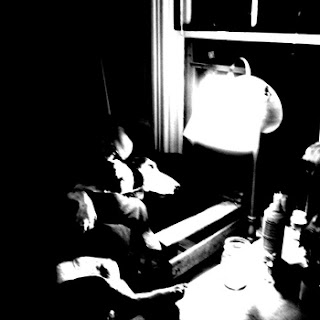 These boys have come a long way since the first time I laid my ears on them (including two members getting tendinitis), and it's really cool to see that they are still kicking it and even going on big ol' American tours and such!

Their new EP, Shoreless Sea was released yesterday and features 5 new recordings of either new material or some familiar classics of theirs (Hand in the Window/Empty Ocean). Check it out:

For the eyes: check out this sweet video for the opening track, "Hand in the Window" shot by Mike Cunnane (brasscankles.tumblr.com), who I might add, always shoots quality videos of great bands these days in Portland:

Enjoy and have a filling and thankfully-giving-thanks Thanksgiving!
Posted by Newkeith at 4:13 PM No comments: 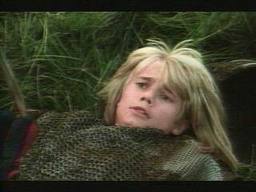 The Littlest Viking (also spelled without the "the" capitalized, I guess) are a two piece math rock/progressive/instrumental/occasional-random-vocals/seemingly-clever-song-title act from San Pedro, California. These are their two albums: 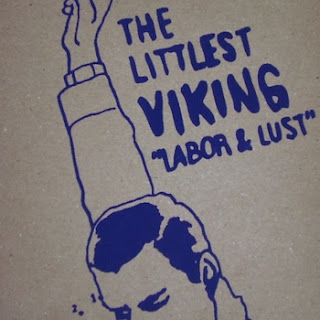 Favorite track: "The McRib is Back!?!" 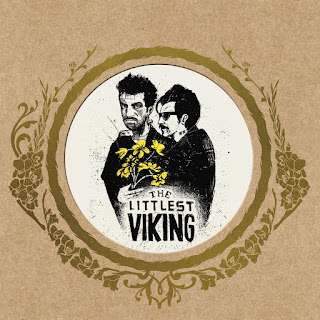 
There's also a song about Lumpy Space Princess from Adventure Time in there too.. 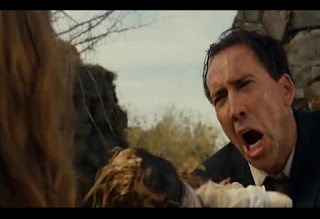 If you don't music, lose it! 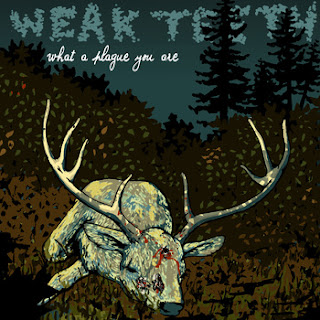 Weak Teeth are a hardcore act out of Providence, Rhode Island. They seem to specialize in short, no longer than 3 minute, and intense tracks that any Loma Prieta or Touché Amoré enthusiast would appreciate. Weak Teeth do have a 9 minute track at the end of this album, 'What a Plague You Are' called, "Blue Skies, Shit Life" which can also keep my attention all the way through!

There is also a one song B-side to this album called, "Killers" and yes, it is a short one. 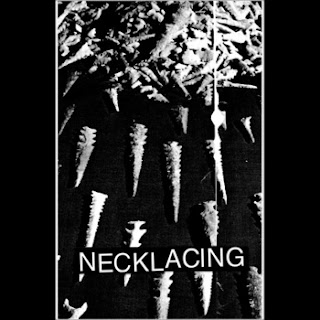 This little tape by a band from Massachusetts starts out like a chaotic mess that is kinda hard to put up to the eardrums at first, but as the whole thing starts unfolds and we cruise by track after quick track, the noise and violence that Necklacing ensues somewhat starts to make sense and by the last track locks in - enitiled, "Moira", we have ourselves a nastily fearsome closing piece. Without the last track, I probably wouldn't have taken notice of this tape. If you are a fan of powerviolence, fastcore, or just really noisy whatever we're calling punk music today, you may take a liking to all of this immediately. I dunno. 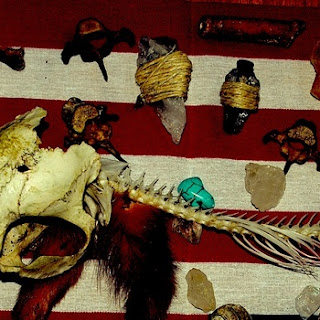 Conjjjecture is the new band of Jacob Lowry, formerly of Huak (who recently called it quits. Sad, I know), along with other young local Portland natives (I can only guess). And while it's a shame to see such a talented band like Huak no longer around, this new local act "creating new sounds" is also a nice silver lining so to speak...

Currently, I have really taken a liking to the opening track of this demo called, "Only Rabbits" (which is the only song available to download currently). The song is actually an original creation of James Paul Cooper, the lead singer of Portland runk pock band, Heavy Breathing and what I believe to be as a sample of Charles Manson in there somewhere. I guess this conforms that Conjjecture is also Cooper's project and that it is not a Jesse Gertz AKA Glass Fingers project. Guess he's too busy with Heart Munny Son anyway...

Enjoy
Posted by Newkeith at 7:24 PM No comments:

It's my Birthday today. 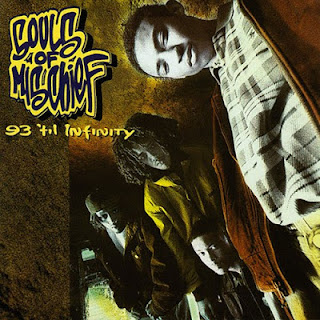 
(Since ODB died on this day as well.)

Wiki
Last.fm
Posted by Newkeith at 2:21 PM No comments:

I always wanted to share a monthly mix of relevant/new/good/what I'm listening to currently music, so I decided to make some Spotify mixes. Since it's Spotify there was a lot of music I wanted to put on the mixes that I couldn't... the result: the mixes have about as many songs as the month has days. Which is cool if you think about it, since that's one song for every day of the respected month. Anyways, just thought I'd share.

Be sure to stay tuned for next month's mix too!
Posted by Newkeith at 10:33 AM No comments:

It's getting a bit nippy out there... 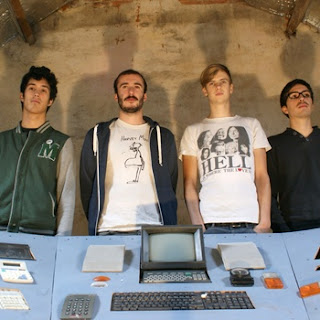 TotorRo are post rock/metal act out of Rennes , France. These gents (or should I say, hommes) are on the same label as KYOTY and AmanRa, if that says anything. Which it should since those aforementioned cats are crazy good, too. The label is Tokyo Jupiter Records, of which I've hopefully mentioned before to y'all.

'Home Alone' is the name of this new EP here and is just a taste of what's to come via their upcoming album. 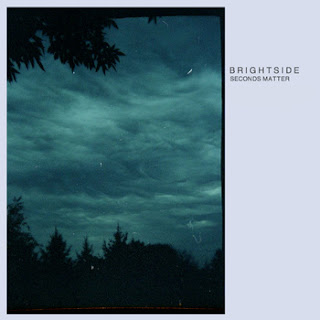 Brightside of Pittsburgh play a wonderful array of emotionally fun-filled indie rock and punk-y music. The band itself is comprised of ex-members of Code Orange Kid and The Edukators. And that's 'bout all we need to know.

Oh, and their bandcamp page hurts my eyes. 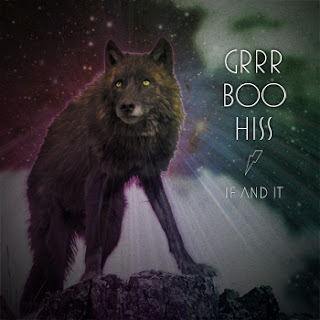 Local dreary folk warlords, if and it have been releasing so much music this year that I can hardly keep track of it all. It probably doesn't help matters that I heard about as much if and it I wanted to listen to for a whole year, last New Year's Eve, but that's beside the point. 'Grr Boo Hiss' is their newest work to be released this year following Bleeding Moon (released last summer) and Sparkly Gold (released in May) and honestly, I don't think I would have given it the time of day - until, say, next year - but the fact that it was recorded in a cabin somewhere in New Hampshire during hurricane Sandy, well.... how I couldn't not give it a proper listen? That would be un-American of me or something.

Cheers to these guys for daring the elements for the love of rock 'n' roll last week. Wish I could say the same for the HMS Bounty...

Facebook
Last.fm
Posted by Newkeith at 7:31 PM No comments:

Legs Like Tree Trunks are a band out of Pittsburgh, Philadelphia that incorporate the subtle sounds of folk music with the twinkly integrity of math rock. In the little time Legs Like Tree Trunks have been formed and ready as a band, they have released two EPs, 'Future Reference' being the new one, and a demonstration tape filled with outtakes, remixes and live cuts. LLTT also recently recorded a set for Daytrotter. But you can only listen to if you are a member; a paying member.

I bet it sounds great though! 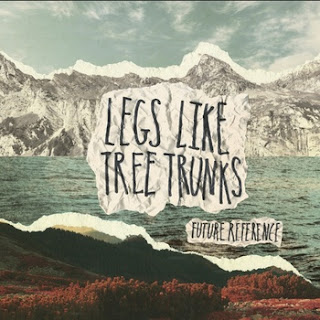 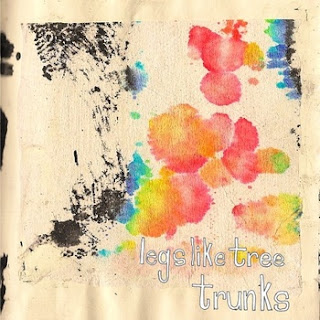 
Also, I wasn't going to mention it but it's unavoidable -so sorry if I'm beating a dead horse here - but if you miss the old math-y side of Maps & Atlases, you'll most likely love Legs Like Tree Trunks.

Legs Like Tree Trunks definitely have the earthy and organic math-folk-technical-pop qualities that Maps & Atlases had on their 2007 EP, 'Tree, Swallows, House'. But LLTT also have a little more of an emo influence that sounds like it's staying with them... I don't think these guys will be watering their sound down anytime soon.

Posted by Newkeith at 9:49 AM No comments:

Who says Halloween's over? Here are some more (short and sweet but hopefully not stale) treats: 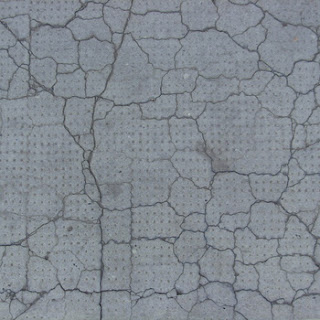 The Canadian psychedelic lo-fi pop project known as Extra Happy Ghost!!! Released (technically not released yet) this new little digital 7'' featuring two tracks. One of the tracks is a Minor Threat cover... It's "Filler" and I'm not sure what I think of it just yet. It's definitely not your average cut/copy cover so I reward the band for that. Anyways, give it a try along with the first track, an original, called "Choke Me Out Against the Wall". Maybe you'll like it, I don't know. 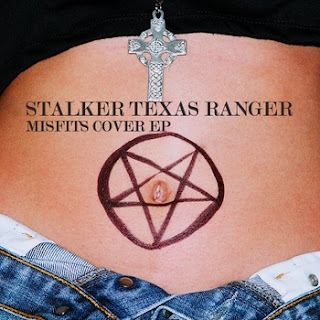 Disclaimer: all tracks are instrumental.

Posted by Newkeith at 3:59 PM No comments: