Hope Everybody had an okay ass Veterans Day yesterday! 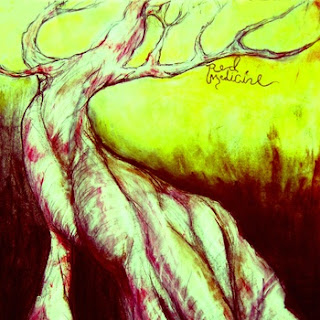 Four guys from around Maine messing with music they like to listen to. The name comes from the Fugazi album. Fugazi are also a big part of their sound and influence but definitely not the only part. You can also hear a lot of influences of post punk, early 90s math rock pioneers, screamo and all sorts of jamming and improving with friends.
I finally managed to see these gentlemen at the end of summer this year after missing them a couple of times when they played more up north. The show was super solid! I remember some the band members saying after their set that they felt like it was kind of shit show. They had not played together in a couple of weeks and there was some guitar issues. I was blown away though... If that was them at their minimal and it still kicked major ass, they must leave kids lying in the streets at their best. Even their "shit shows" are totally moving and enjoyable. To me, that says a whole lot about a band. Not to mention the raw talent that oozes out of each and every member including Dan Smith (formerly of Grunt) on the plinky plinky stick and Matt Houston (also of local legend rock n roll team, Pamola) on the groove machine and sparse vocals that are sometimes spoken word or aggressively steady over the angular instrumentals.
Ancient Cartography is self recorded by Matt Houston and just a taste of what Red Med are capable of. Go out and find these guys playing somewhere!
The last track on the EP features a totally epic tale by Dan Smith. I'm pretty sure.
Last.fm
Rough Draft
Live set from Farmington (2009)
Posted by Newkeith at 11:28 AM