Kolya were a late 90's emo band from the midwest that featured narrative type vox and slint like instrumentation. The band has since broken up but their spirit still lives on in mediafire links, lucky fans who have had the chance to grab up their physical copies and music forums, blogs and Last.fm. After breaking up, members went on to form the short lived band, The Union Ares and I'm not sure what happened to them after that. I will say though, that with only two 7inches and self-titled LP they released, this band and their music is something to not forget about or let get lost in the ends of time and space somewhere. I mean it. 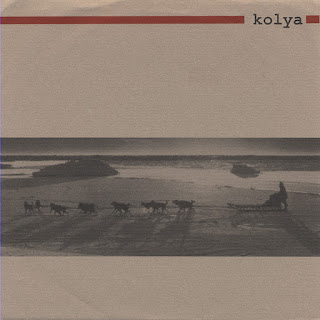 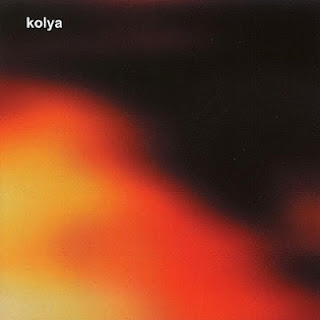 Kolya is just one of those bands that you need to hear everything by because, well, there really isn't a lot that exists and all the stuff that does exist is amazing. Their discography only consists of 13 or so songs. A Shame, I know, but it is what it is and what it is, is super good music, especially for fans of Slint, June of 44, Sun Pelt, 90's emo in general and/or narrative spoken word music. Take a listen to the first track I heard from these guys called "Still Life With Candle" from their first 7" released by One Week Records with another song called "Iditarod" below.


The lyrics (and delivery of the lyrics), like the ones in the very beginning, "Are you going to bed yet? I hadn't decided/I might have to go to the bathroom/And I had planned on eating something...", remind me of the song "To A Husband At War" by a slightly different emo band, I Hate Myself except, in Kolya's case, the music and energy builds and builds but doesn't become chaotic. The noise just settles and we never hear Todd Giles (the singer/guitarist) lose his cool. There's no change in the tone. It's really not him who is giving off the full emotion for this "emo" band but the sounds from the instruments on and around him that are giving off this feeling of (emotional) content. A sense of somberness but not sadness. It's that subtleness about them that makes them stand out and goes to show you just how different these guys where than other "emo" bands of their time and the ones now.

Similar sounds/acts: Slint, Native Nod, The Union Ares, June of 44, Bells on Trike, Storm and Stress, Rodan, I Hate Myself, Plunger, and a few other 90's math rock or 90's emo pioneers or influenced acts.

Fun (with Wikipedia) facts: Kolya is the nickname for the Russian name, Nikolay as well as a 1996 Czech film.