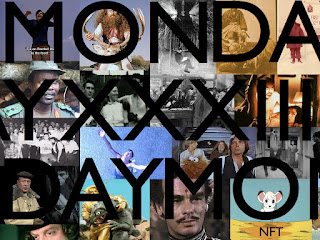 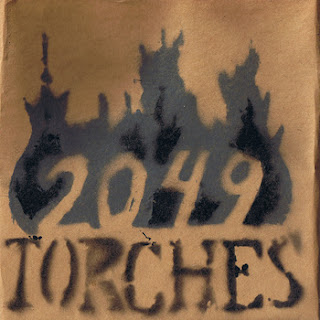 2049 was a screamo band from Cleveland, Ohio that experimented with La Dispute story-telling vox and sporadic keyboard action. Torches, is a little all over the place with ideas but they all seem to be things people like and have heard before. I'm not too sure how much of the direction they had on this one they continued on with in Old Phyrexia (just a two song EP) but all came to an end in summer 2010 when they called it quits, so we'll never know what else they had in store for us. 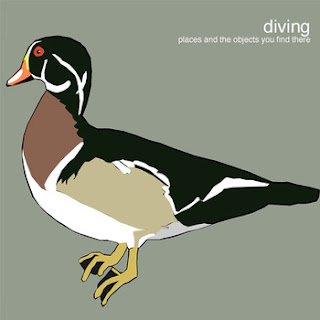 Their name is Diving and they have a duck on their cover. What's there to hate?

Definitely not the fact that they also play twinkly math rock, of course... 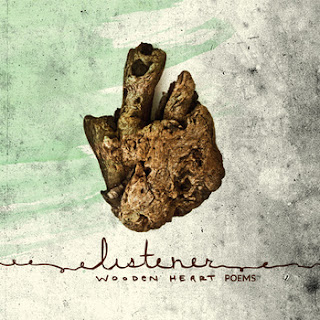 Since it's the last day of April, which is national poetry month, here is Listener's poetic masterpiece, Wooden Heart. This time though, it's the more stripped down and even more "talk music" version that does include some acoustic guitar here and there but is mostly just Dan Smith reciting his little spoken word numbers from the original Wooden Heart with no instrumental accompaniment. Definitely a must have for anyone who likes Listener or poetry! Hope you guys had a good April by the way. 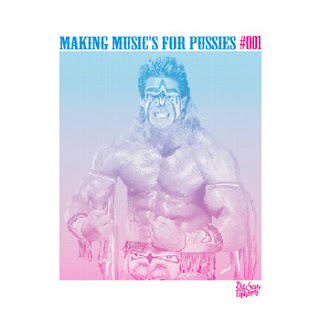 Girlfriends, one of the various artists on this compilation by Big Scary Monsters, tipped me off to this super sick thing of super sick awesomeness on his Facebook page. It's a compilation that you can get free when you buy a shirt with that very same cover art like the one up there on it! Being the impulse buyer/secret wrestling fan, I instantly started marking out and bought the thing as fast as I could find the add to cart button. Forgetting that Euros are less than American dollars and things shipped overseas is a little more expensive, I was a little put back by what I had done when I finished my order and saw the receipt but it's really not that bad, considering I was so pumped about the shirt I forgot about the music, and in the end it comes out to be no more than the price of a brand new, vinyl LP. So yeah, it's totally worth it.

For the compilation and the music itself, I haven't gotten the package yet at this time of typing and usually don't like to give away the surprise of a new CD (or in this case, digital download), so I haven't listen to it yet. But, I can say that Tall Ships, Socks And Shoes Off, Crash of Rhinos, Girlfriends (just "Untitled #3", so no surprise there), and Oh No! Yoko will be on it along with some other new names I've have previously not heard of like, Killington Fall, Bear Cavalry, Delta/Alaska, Doctrines, and Adults, The Elderly And Children.

I may have not listened to it yet, but feel free to give it a try yourself. While you are at it, buy the shirt! See if I care... You'll surely have the honor of owning the same shirt as the writer and creator of this blog. Cheers! 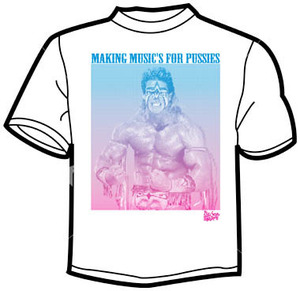